Perfomance of gpioserver was examined in “gpio performance” ,

Another aspect of gpioserver performance is how fast it can react to gpio pin changes.

The measure response time, I connected an arduino due which raised gpio23 to high and measured time till raspberry responded with a high-value on gpio24.

The arduino code placed a random delay in the start of each measurement cycle in order not to synchronize with scratch. In total more than 10.000 measurements have been taken. 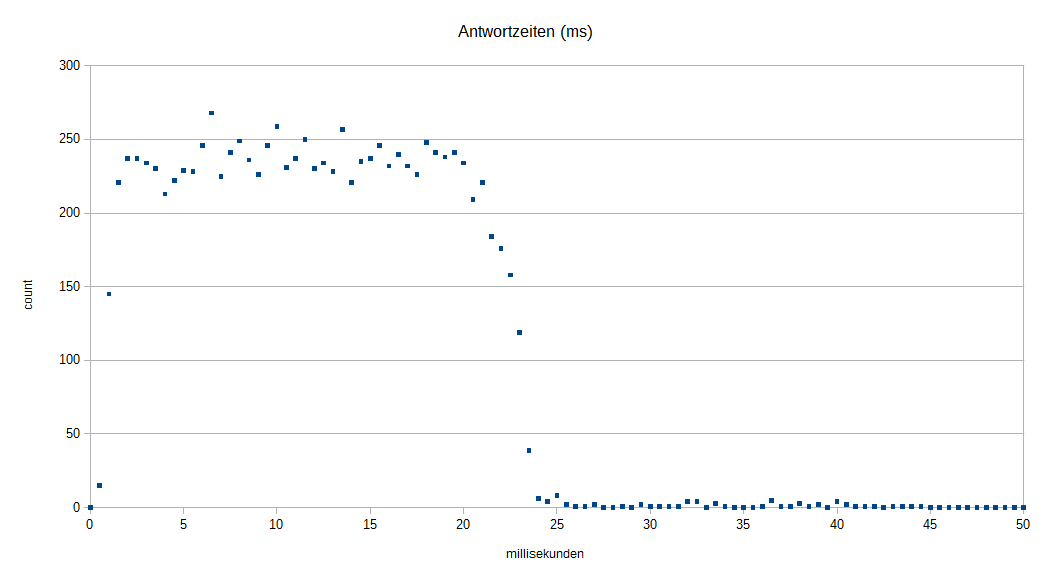 The x-axis are the response times. The y-axis are the number of measurements which occurred in this time slot. There is a quite uniform distribution from a few milliseconds up to 24 ms, with a few exceptions up to 40 ms. The measurements are grouped to 0.5ms slots.